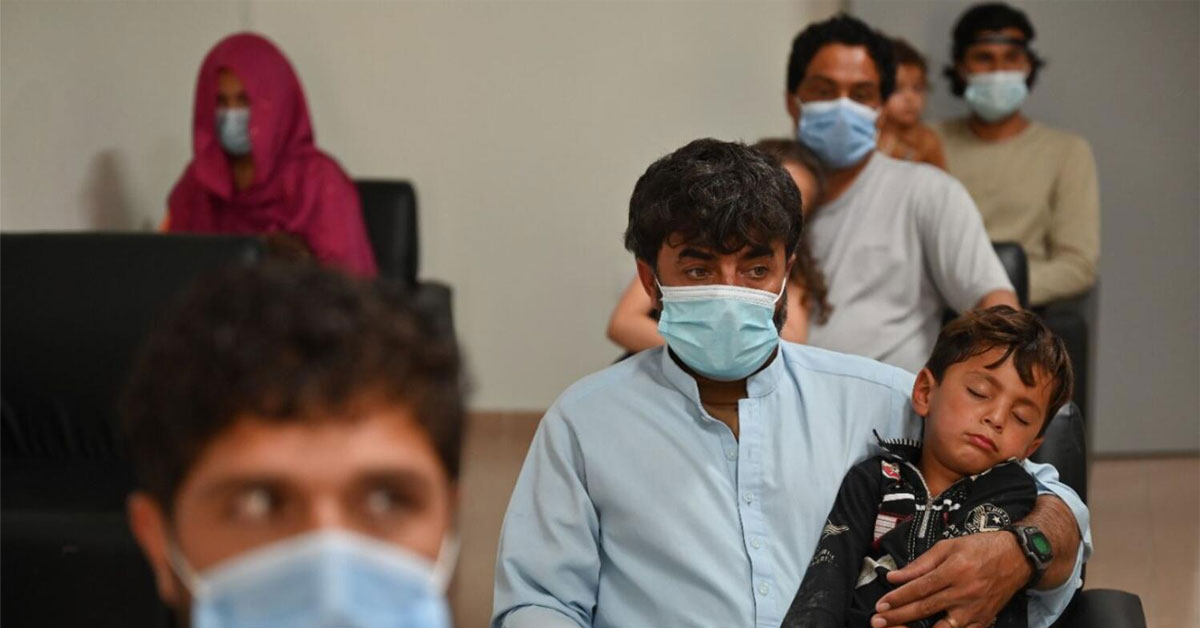 Abu Dhabi – The UAE government is providing a range of healthcare services to the families who are waiting it out before they are flown into the US.

Inside a medical clinic at the Emirates Humanitarian City, an Afghan father clutches his sick toddler close to his chest as he waits for his turn for medical care. He is among a group of Afghan evacuees in the UAE who are getting healthcare during their temporary stay in the country.

The UAE government is providing a range of healthcare services to the families who are waiting it out before they are flown into the US and other western countries.

“My son is sick. He is running a fever. I am waiting for the doctor,” said the father.

The healthcare services provided by VPS for the Afghan evacuees cover gynecology, pediatrics, and general medicine among others. At least five women delivered babies after reaching Abu Dhabi, according to a medical source.

A senior official at the UAE Ministry of Foreign Affairs and International Cooperation told a media briefing on Thursday that UAE is offering a range of services to families including high-quality housing, healthcare, and sanitation. An official said the families are also being regularly tested for Covid and those who were infected are moved into isolation.

During a media visit to the City on Saturday, Khaleej Times saw Afghan families competing for their biometrics and other formalities to depart from Abu Dhabi to their destination countries is the next available flight.

In order to cater to the needs of around 8,500 evacuees currently housed at the City, Emirates Red Crescent along with Abu Dhabi Police and other government entities like NCEMA have set up a two-storey facility with essential supplies. Items ranging from clothes, baby formula, iPhone charges, and hygiene products were stores and being distributed to the families as per their needs.